Equity Crowdfunding 101: You Can Now Own Shares of RYSE Inc. 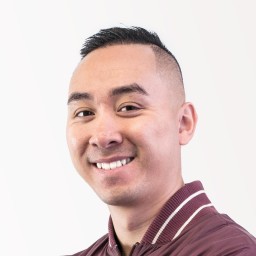 What if you could invest like Mr. Wonderful? The face of ABC’s Shark Tank?

Would you invest in startups like Airbnb or Uber before their IPO’s and went public?

Take a second and imagine if you did.

You would be proud of yourself for making such a savvy investment choice and be thrilled your portfolio is seeing such a large return on investment.

In the past, start-ups had to raise capital through venture capital firms and other corporate avenues. This created a high barrier to entry, and many promising start-ups were not able to raise essential seed capital.

Equity crowdfunding allows RYSE and other companies to raise funds from everyone—improving the democratization of investment opportunity, eliminating investment complexity, increasing access to capital, all while preserving and enhancing the investor community.

We are raising money under the Reg A+ provision of the JOBS Act to fund the expansion of our company. By breaking down equity crowdfunding, we hope to inspire you to build your portfolio with innovative businesses with a bright future, such as RYSE.

Equity crowdfunding is a relatively new phenomenon, having only been around in American since 2012. In 2012, then-President Barack Obama signed the JOBS Act into law. One of the many provisions in this landmark legislation allowed private companies to raise capital from private investors. Initially, this legislation only allowed private companies to raise capital from accredited investors, a select group mostly made up of the wealthiest 2% of Americans. This type of raise was called Reg D raise.

In 2015, Title IV of the JOBS Act (also known as Regulation A+ or Reg A+ for short) went into effect. This expanded the group of potential investors from accredited investors to all investors. An equity crowdfunding campaign under Reg A+ is often called a “mini-IPO.” Though Reg A raises allowed businesses to expand their investor pool, the SEC clearance, paperwork, filing, and fees to be qualified to run a Reg A raise were steep and created a barrier to entry for many startups. Shortly after, Reg CF raises went into effect, which still allowed startups to raise money for accredited and non-accredited investors, however, required a much lighter pre-clearance from the SEC.

Here’s a quick breakdown of the three types of equity crowdfunding raises:

RYSE is currently live with a Reg A+ raise, so let’s go into a little more detail on this specific type of crowdfunding raise.

More on The Reg A+

We have several ambitious goals in mind that we can reach with the support of a successful equity crowdfunding campaign. We plan to expand our product line in the near future, releasing several new products in the smart home space within the next few years. One of the products we’re currently developing will be designed to work with drapes, which are often found in commercial buildings like hotels, and making a comeback in multi-family (e.g. condos/apartments). This product will be part of our planned push into commercial markets, an expansion that will be funded by our equity crowdfunding campaign. We are also planning to expand our retail footprint and distribution into the dealer channels. We have already sold our product in retail stores in Los Angeles and New York, and plan to expand to other cities and countries in the near future.

Why RYSE’s Equity Crowdfunding Campaign is a Smart Investment

Equity crowdfunding offers you the opportunity to invest in a company that is in an early growth stage. This opportunity was previously hard to come by if you did not have a personal connection with the company. By investing in RYSE at a relatively early stage, you will be able to support our exciting technology and benefit from the exponential growth that we foresee in our near future.

At a glance here are some of the top reasons to consider investing:

Don’t Miss The Opportunity to Invest in RYSE Inc.

If you want to invest in a company with exciting growth and a bright future, join our equity crowdfunding campaign. Your investment will garner you a piece of our company so that you can profit from our growth in the future. The support from our investors will allow us to expand into new markets and develop new technology. Our equity crowdfunding campaign has been SEC-qualified and our founder and advisors have a long track record of success, so you can invest with confidence. Download RYSE’s pitch deck and invest in RYSE today.

Trung Pham is the CEO and founder of RYSE, the company behind the next generation retrofit motorization product, SmartShades. Trung is also the co-founder of a rapidly growing entertainment app in Toronto.

How Henry B Uses Weekly Schedules to Automate His Shades

How Lee R Uses SmartShade and SmartThings to Automate His Home

Stay up to date with RYSE: